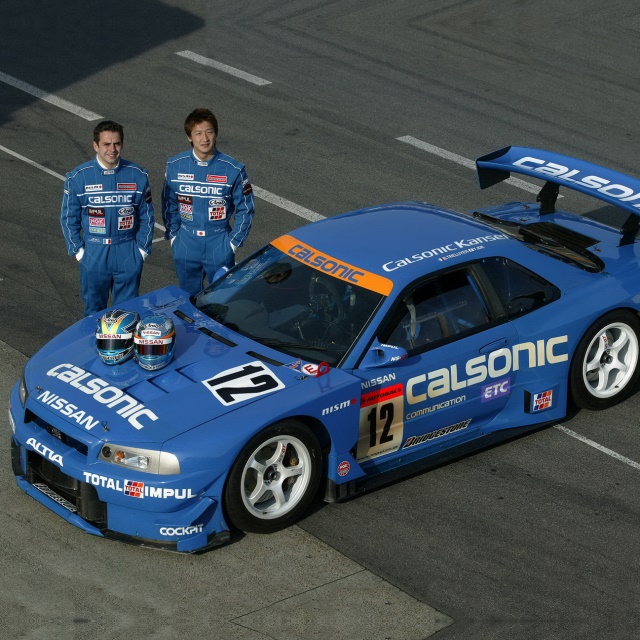 After taking the title in its debut season in 1999, the R34 later came up against stiff competition from the likes of the Toyota Supra and Honda NSX.

The turn of the century brought us the R34 Calsonic Skyline GT-R. The younger of the Kageyama brothers, Masami, joined Hoshino in ‘99 before in 2000, Motoyama returned to the team for his second stint.

After three winless seasons, Hoshino and Motoyama won the penultimate round at Miné Circuit in 2000, which proved to be Hoshino’s final victory in his decorated driving career – he retired from driving in mid-2002 to focus solely on managing Team Impul.

They won the July race at Fuji (moved from Sepang due to the SARS outbreak) and the season-finale at Suzuka in the swansong race for the Nissan Skyline GT-R.