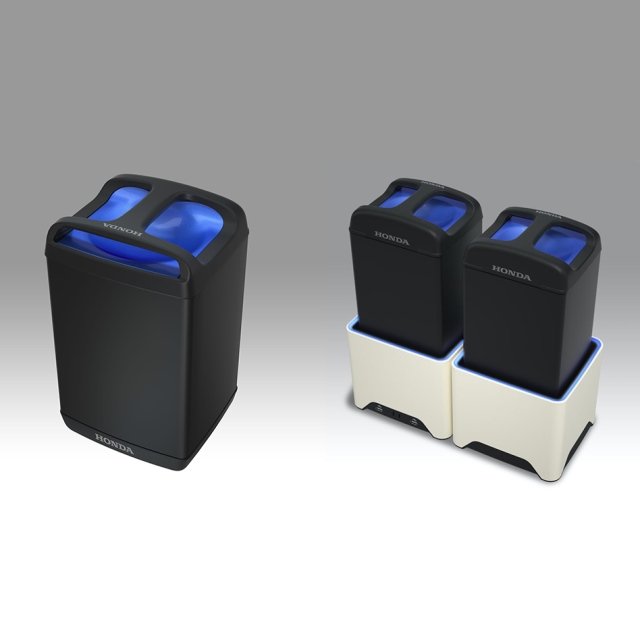 Honda, Kawasaki, Suzuki and Yamaha are setting up a new company in Japan on 1 April with the energy company Eneos: Gachaco is to offer a sharing service for standardised exchangeable batteries of electric two wheelers and corresponding infrastructure.

The Gachaco battery swapping system will use the Mobile Power Pack from Honda and plans to launch battery exchange stations for electric motorcycles and mopeds in Tokyo. Other major Japanese cities should follow from autumn 2022.

Eneos says it aims to contribute to the realisation of a recycling-oriented society by building a BaaS (Battery as a Service) Platform for electric mobility and other battery recycling systems. The battery swapping stations will be located in suitable places such as railway stations and Eneos filling stations. The plan is to reuse the batteries for secondary and tertiary use before they are finally recycled.

CEO of the new company will be Kazunari Watanabe. Eneos has a 51 per cent stake in the company, Honda 34 per cent and Kawasaki, Suzuki and Yamaha five per cent each.

Honda, Kawasaki, Suzuki and Yamaha already agreed on standards for swappable batteries and replacement systems as part of the Swappable Battery Consortium for Electric Motorcycles Motorcycles and Light Electric Vehicles, which was established in April 2019.

Yamaha is covering a few bases here since they have also joined Gogoro’s battery swapping system in Taiwan. Here, Yamaha’s electric scooters were designed utilizing Gogoro’s Development Kit (GDK). Gogoro battery swapping stations look like they will outnumber petrol stations in Taiwan before the year is out. The Powered by Gogoro Network (PBGN) is open to customers with motorbikes and electric moped scooters from Yamaha Motor, Aeon Motor and Motive Power Industry and also includes India’s Hero Motorcorp and China’s Yadea and DCJ.

Battery swapping is heating up in Europe too. Earlier this month, Swobbee micromobility battery-swapping stations were financed for expansion in Europe, while the EU also published standards and guidelines for light electric vehicle batteries to enable battery-swapping.