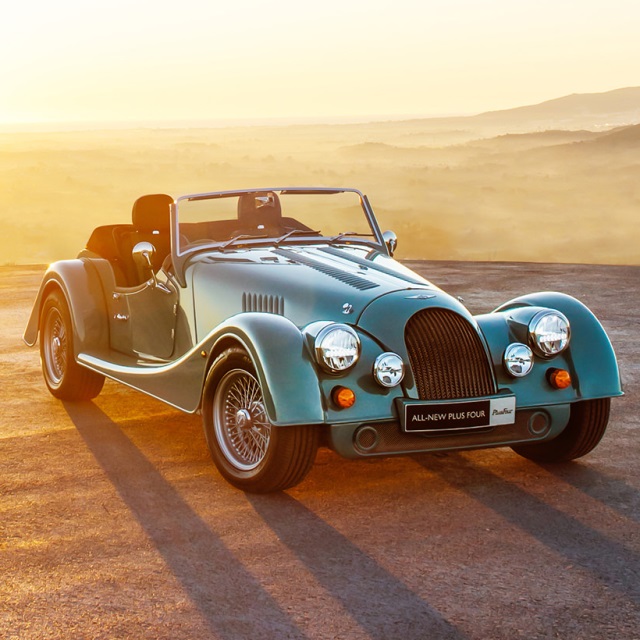 A roadster with oldtimer looks and cutting edge technologies hidden under a beautiful bodywork fit for up to four passengers, but most commonly used by a single person. Morgan was known for being one of the few remaining carmakers in the world that built vehicles based on a wooden chassis. But that was up until 2019, when it traded wood for aluminum, in the new so-called CX-Generation platform. The chassis weighs only 97 kg (214 lbs). For the exterior retro-style look, Morgan kept the 15" wire wheels, but with a new design that still references sports cars from the 1960s and 70s.

For the first time ever, Morgan installed a turbocharged four-cylinder under the hood. It is a 2.0-liter unit from BMW, which develops 255 hp and 400 Nm (295 lb-ft) of torque in the automatic variant and the same power but 350 Nm (258 lb-ft) of torque for the manual six-speed version. That said, the automatic version is actually quicker to 100 kph (62 mph) from standing still. It makes a 4.8 seconds sprint, compared to the 5.2 seconds sprint for the manual version.

Morgan tradition remains crucial to the production of the new Plus Four. Everything is hand-made, from the frame to the aluminum panels and interior. The craftsmanship is specific to the Morgan company, but without losing any modern technologies. The car has LED front and rear lighting and, for the inside, there is an in-car audio system with Bluetooth connectivity. Morgan hasn't mentioned if Android Auto or Apple CarPlay are supported.