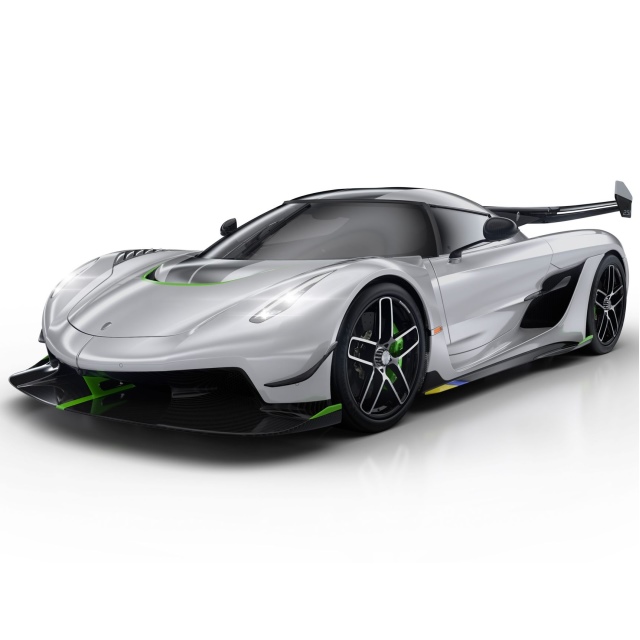 Swedish hypercar maker Koenigsegg made a name for itself with the Agera RS. That model stood as the world's fastest production car, able to hit a top speed of 278 mph. Its replacement is the Jesko, a hypercar cut from the same mold as its supremely impressive predecessor. With its cavernous gills, sinewy haunches, and splayed tail, the Jesko looks fast and fearless. This is modern automotive design. A 1280-hp V-8 provides the muscle, backed up by a state-of-the-art nine-speed transmission that was built in-house. The Jesko starts at roughly $3 million. From what we can tell, this car's talents justify its not-insignificant price.

The Jesko is a new model that joins the Koenigsegg roster for 2021. Pricing and Which One to Buy Jesko $3,000,000
Koenigsegg's Jesko is offered in two flavors: a base model built for road use and a track-only variant. Base models come with all the treats hypercar buyers expect. The car boasts forged aluminum wheels in a staggered setup, with 20-inchers up front and 21s in back. All models come with rear-wheel steering, which helps the car deliver faster cornering, improved maneuverability, and better steering feel. A front splitter, rear diffuser, and massive wing are on hand to maximize downforce and minimize drag. The car also features the brand's Autoskin function, first seen on the Koenigsegg Regera, that opens every body panel with the press of a button. The Jesko is equipped with dihedral doors, and the Autoskin system uses sensors to prevent these doors from opening in situations where they are faced with an obstruction.
Only 125 Jeskos are slated for production. Koenigsegg reports that all of these cars already have been sold.

The Koenigsegg Jesko is motivated by a twin-turbocharged 5.0-liter V-8 generating 1280 horsepower and 1106 lb-ft of torque on pump gas. On E85, output jumps to 1600 horsepower. Koenigsegg claims that the engine features the world's lightest V-8 crankshaft. Weighing in at a mere 28 pounds, the crankshaft is crafted from a single solid-steel billet, and its flat-plane layout facilitates even firing across engine banks. This design also sets the stage for a rich, memorable engine note. This Swedish hypercar comes with an innovative nine-speed gearbox referred to as the Light Speed Transmission (LST). Built by Koenigsegg, the LST features a multiclutch design that, according to the company, provides quicker gearshifts compared with a dual-clutch. All models come with a rear-wheel-steering system that heightens performance. At high speeds, this system turns the rear wheels in the same direction as the fronts to improve cornering and boost stability. At low speeds, it orients the back wheels in the opposite direction as the fronts to give the car a faster turn-in. Relative to the Agera RS, the Jesko offers a 40 percent increase in downforce. Koenigsegg says that the Jesko can produce 1764 pounds of downforce at 155 mph and as much as 3086 pounds at higher speeds. That's almost as much as the car's claimed 3131-pound curb weight.