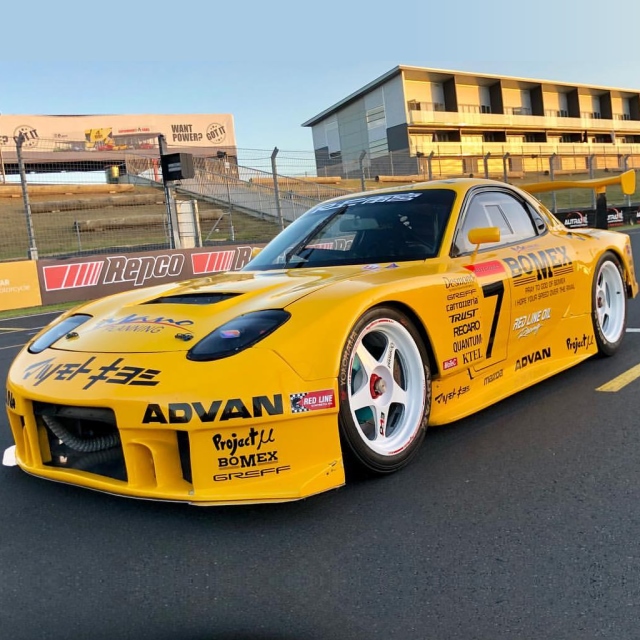 It seems a little hard to believe that an institution in Japanese endurance racing has finally come to an end. The eponymous RX-7 as campaigned by Isami Amemiya's RE: Amemiya Racing outfit recently ran its swansong event, the JAF Grand Prix Fuji Sprint Cup. The team will be back in 2011, though with a different (as yet unannounced) machine – expected to be an RX-8.

The RE: Amemiya-developed Mazda RX-7 first appeared in the JGTC (All-Japan Grand Touring car Championship) in 1995 and quickly became a fan-favourite.

Amemiya-san's never-say-die attitude, immense skill with Wankel engines (the man himself still works on each and every race engine) and relentless hard work has paid off massively, his team becoming known as giant-killers in SUPER GT's highly-competitive GT300 class.

Over the seasons the RX-7 went through a number of different liveries and driver lineups, though one constant was the steadily-improving race and championship table' results. The picture above is from the 2006 season when then-drivers Tetsuya Yamano and Hiroyuki Iiri won the GT300 title after taking 2nd at the Suzuka season-opener before winning at Sepang and then coming 2nd once again in Round 8 at Autopolis.

This famous Mazda RX-7 race car was built by RE Amemiya to compete in the JGTC GT300. The car is owned and raced by Aidan Barrett. Under the hood sits a peripherally ported 20B three-rotor that makes 401 horsepower at 8,200 rpm on a Motec M4 ECU and 98 octane fuel after removing the GT300 class intake restrictor. According to Green Brother Racing, who helped getting the car running again, the last time the ECU was tuned was 17 years ago. The drivetrain consists of a Hewland six-speed dog box with a RE Amemiya twin-plate clutch and MazdaSpeed limited-slip differential. Watch and listen as Aidan pilots the RX-7 up the hill at Leadfoot Festival in New Zealand.