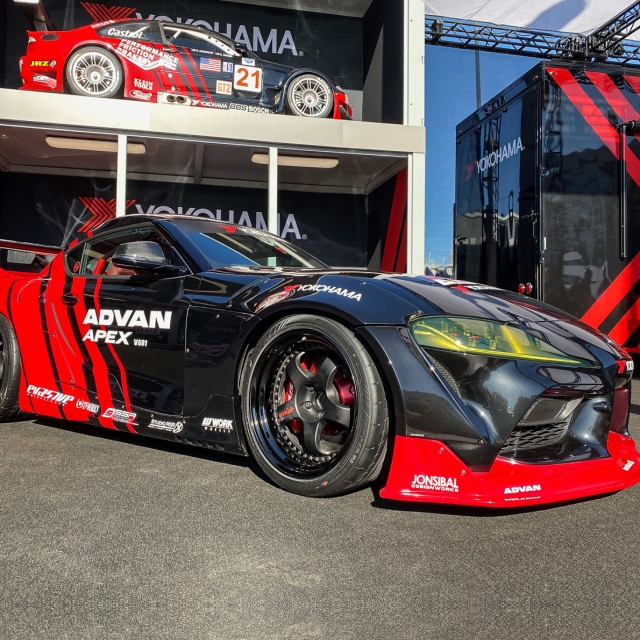 There were Supras wearing iconic liveries, like the the black-to-red Advan fade. These will never go out of style, and look good on just about any car.

Inspired by the classic Toyota 2000 GT, GR Supra features a unique double-bubble roof. Its design allows for more head room inside, while also optimizing airflow and reducing drag outside.

GR Supra 2.0 features a unique cat-back exhaust that has been tuned to match the specific performance characteristics of its turbocharged inline-four. Not only does this help unleash the engine’s potential; it also gives GR Supra 2.0 a unique sound all its own.

Of the many Japanese cars to have enjoyed a resurgence in popularity in recent years, the Toyota Supra has been among the highest-profile. Riding the crest of a wave which has seen Nissan Skyline GT-Rs and Honda NSXs rocket in value – not to mention the floodgates opening as models pass the 25-year-old mark that makes them legal for importation to the enormous US market – the market for the 1990s A80-generation Supra in particular has never been stronger.

Seems like the perfect time then for Toyota to launch a new, A90-generation Supra. Introduced in 2019, the new model shares several cues with its immediate predecessor, from swooping styling to a turbocharged in-line six powering the rear wheels. But the difficulty and expense of bringing such a car to market in the 21st century means the car hides a badly kept secret: underneath, it’s a BMW.

The use of BMW Z4 underpinnings has caused consternation among enthusiasts, but there are solid reasons for doing so – not least BMW’s expertise with Toyota’s preferred rear-drive, straight-six configuration. At any rate, Toyota’s car is a coupe to the BMW’s roadster set-up, and the two cars feature different chassis settings to try to differentiate them further.