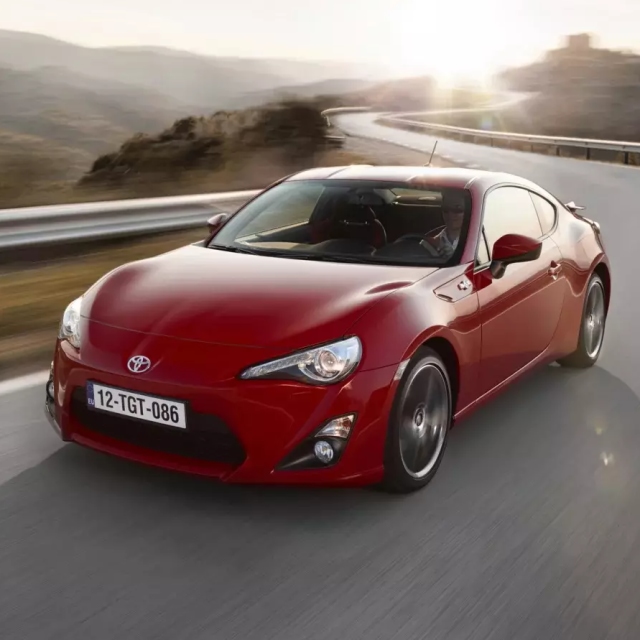 It’s been more than a year since Toyota unveiled the concept version of the FT-86 Coupe at the 2009 Tokyo Motor Show. During that year, we’ve heard so many reports, rumors, and whispers about the car, that we’re beginning to think that this could very well be the second-coming of Toyota’s iconic Celica line.

Now, after months of speculation on our part and hardcore testing on Toyota’s part, the Japanese company has finally unveiled the production FT 86, only it will be called the GT-86 instead. The new name was chosen as a tribute to Toyota’s GT car heritage and the exhilarating drivability of the Corolla Levin AE86. The Toyota GT-86’s official debut will be made at the 2011 Tokyo Motor Show.

The new GT 86 is based on an entirely new platform and features a low, highly aerodynamic bodyshell. It is powered by the same engine as its Subaru sibling - a 2.0 liter, naturally-aspirated petrol engine - but will only deliver 200 HP as opposed to Subaru’s promised 300 HP. That being said, the base BRZ will come with the same 200 HP that the new GT-86 is sporting, bringing these two models closer than originally anticipated. Subaru’s promised 300 HP will be present in the STI version, leading us to believe that a G-Sports variant for the GT-86 will bring forth the same amount of power. This borrowed engine will be mated to either a six-speed manual or a six-speed automatic transmission.

Despite the long wait, we still have to give the new GT 86 the prize for the most beautiful sports car of the year. Not only is it a sports car, but it also combines elegance with beauty and aggressiveness. Those that fell in love with the design of the concept will rejoice in the fact that not much has changed for the production model. The car’s overall shape and design was inspired by the Corolla-based AE86 sports coupe that was unveiled in the 80s. The GT-86 is a compact rear-wheel-drive sports coupe with an aerodynamic body that rides low to the ground to improve handling and allow it to cut through the air with ease. The fascia is completely aggressive with long slit-looking headlights giving it a mean and intimidating look, as well as an enlarged lower grille and a bold "Scorpion" styling to the lower grille. Towards the back, the new GT-86 gets a new rear spoiler, twin rear exhausts and the "86" piston logo. It sits on 17" alloy wheels.

The GT-86’s interior is as sporty as its outside with a flat-bottomed steering wheel with its very own red stitching. It measures only 365 mm, the smallest yet fitted to a Toyota and has been finished in buckskin finish. In addition to that, the GT-86 also has aluminum pedals, a navigation system, gauges that light with red neon, digital readouts, and a gray instrument panel that seamlessly molds into the darker dash. The car’s cockpit is further reinforced by carbon effect trim, a sporting, all-black roof lining, red upholstery stitching, and aviation-style rocker switchgear. It comes with a large tachometer that offers at-a-glance visibility and readability during sports driving. The front seat has also been designed to offer great comfort, as well as to prevent elbows from interfering with gearshift operation.

The Toyota GT-86 is powered by a 2.0-liter naturally-aspirated flat-four engine, the result of a joint development between Subaru and Toyota, combined with D-4S technology (direct injection combined with port injection). With separate twin injectors for both direct and port injection, and a high compression ratio of 12.5:1, D-4S increases power and torque over a wide range of engine speeds without sacrificing fuel efficiency and environmental performance.

In the Toyota model, this engine will only deliver 200 HP at 7000 rpm and maximum torque of 151 lb-ft at 6600 rpm, but Subaru has promised a total of 300 HP for their version. That being said, the base BRZ will come with the same 200 HP that the new GT-86 is sporting, bringing these two models closer than originally anticipated. Subaru’s promised 300 HP will be present in the STI version, leading us to believe that a G-Sports variant for the GT-86 will bring forth the same amount of power.

The first competitor for the new GT-86 will be its alter-ego with the Subaru badge, the Subaru FT-86. Subaru has promised that its car will look totally different from the Toyota model, as well as the advantage of offering almost 300 HP. Of course, that’s for the STI version, which Toyota may tackle with their own G-Sports variant for the GT-86. Toyota has also promised that its car will be cheaper. Who will win the battle? We’ll find out soon enough.