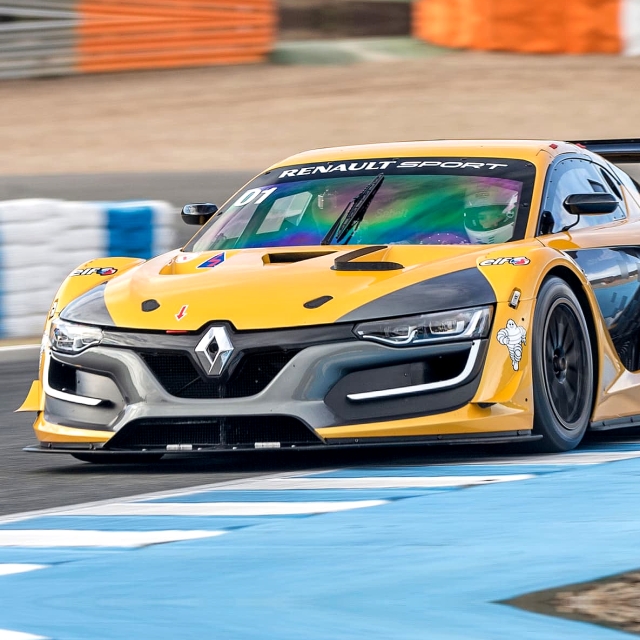 The Renault Sport R.S. 01 is a sports racing car manufactured by Renault Sport, the performance division of French automaker Renault. It was originally built to compete in the Renault Sport Trophy, the company's one-make racing series, serving as a replacement for the Renault Mégane Trophy. The car was later homologated for Group GT3 by the SRO Motorsports Group for the car to be able to compete in GT3 class racing series. The Trophy-spec R.S. 01 is the most powerful one-make racer built by Renault, and also the only race car not based on a production car.

The vehicle was unveiled at the 2014 Moscow International Automobile Salon.

The car was designed in Renault's Guyancourt studio by Japanese designer Akio Shimizu, under the management of Laurens van den Acker and Éric Diemert, the design manager and design director, respectively. According to Diemert, the car was intended to have a design reach beyond the regular process, in a way to make it a unique and iconic model among Renault models, and that the process of designing the R.S. 01 was "similar to designing a concept car". 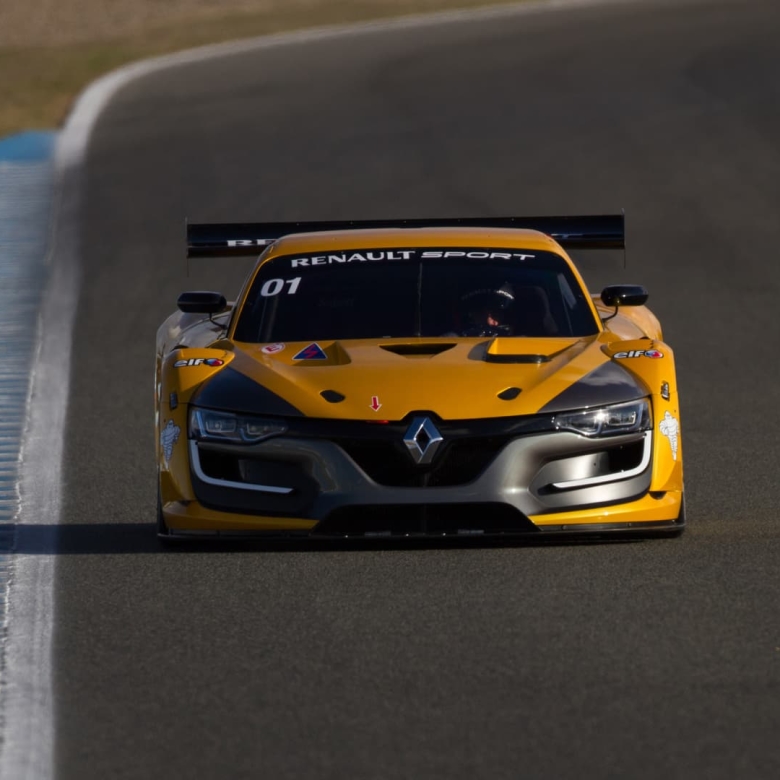 The design of the R.S. 01, completed in five months,[4] is similar to that of a GT race car, with a low-slung aerodynamic design and imbalanced overhangs due to the vehicle's architecture and weight distribution. The R.S. 01 shares design cues with the 2010 Renault DeZir concept car.

The R.S. 01 is powered by a 3.8-liter VR38DETT twin-turbocharged 24-valve V6 engine sourced from the Nissan GT-R and tuned by Nismo and Gibson Technology, which has been modified to include dry sump lubrication and to allow for a longitudinal mid-engined configuration. The engine has a redline of 6800 rpm and has been tuned to 550 hp (410 kW; 558 PS) and 443 lb⋅ft (601 N⋅m). This power runs through a 7-speed sequential transmission manufactured by Sadev, with long-lasting, anti-stall functioning clutch plates from ZF, coupled to a limited-slip differential. An electromagnetic actuator constructed by XAP manages the R.S. 01's sequential control, activated with paddles on the steering wheel. Electronic management is from a Pectel SQ6M system with traction control, and data acquisition comes from Cosworth's ICD Pro system. The vehicle's top speed is over 186 mph (300 km/h) and produces 1,200 kg (2,646 lb) of downforce at its top speed. 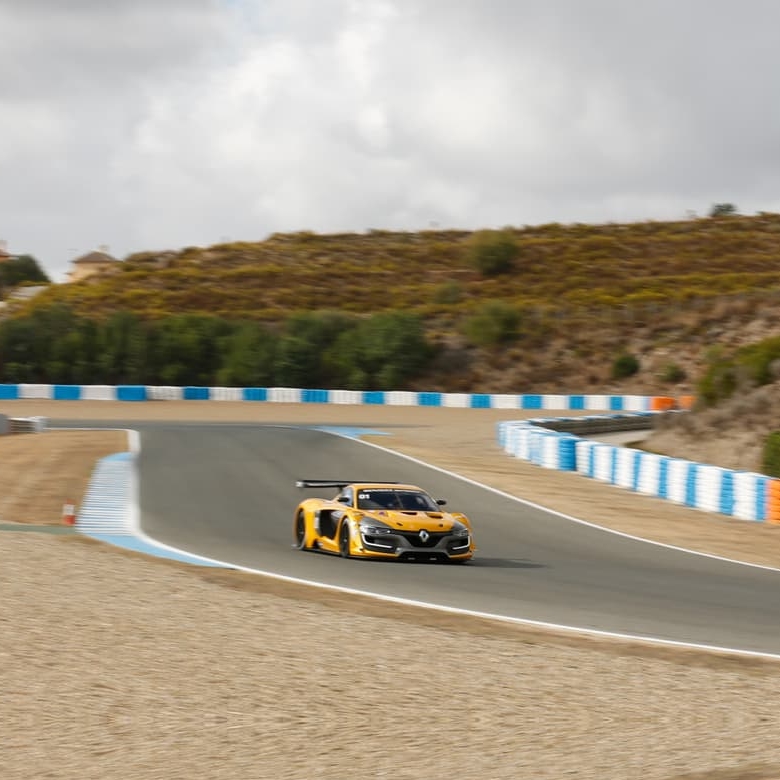 The chassis is a Dallara carbon fiber monocoque with a steel roll cage and crash boxes that conforms to FIA LMP1 regulations from 2014, allowing the car to weigh 1,145 kg (2,524 lb). The car's carbon brake discs, measuring 380 mm (15 in) in diameter and paired with 6-piston calipers, are supplied by PFC (Performance Friction Corporation), with an ABS system from Bosch. The wheels are manufactured by Braid, and the tires, manufactured by Michelin, are constructed specifically for the R.S. 01 (with sizes being 30/68 R18 and 31/71 R18 at the front and rear, respectively). Double wishbone pushrod suspension, with two-way adjustable dampers from Öhlins, is used in both the front and rear.

According to Renault, the R.S. 01's performance places it between a GT3 sports car and a DTM Class One touring car.

There is no mention in the launch material of any there motorsport plans for the R.S01 platform. Renault describe it’s introduction into their product range thus:

A gateway to Japan and Le Mans

Alongside prize money for the best drivers and teams in each round, Renault Sport Technologies and its partners have also given some initial details of a range of interesting end-of-season rewards.

“The champion in the “Pro” category will have the chance to follow a complete development programme (simulator, physical preparation, media training, etc.) prior to taking a rookie test with the official Nismo team for the Super GT in Japan. If he or she has the qualities required, they will be able to pursue their career in this extremely competitive discipline.

“A similarly attractive reward will be provided for the “Am” champion, who will have the chance to take part in the 2016 Le Mans 24-Hour event driving an LMP2 prototype.”