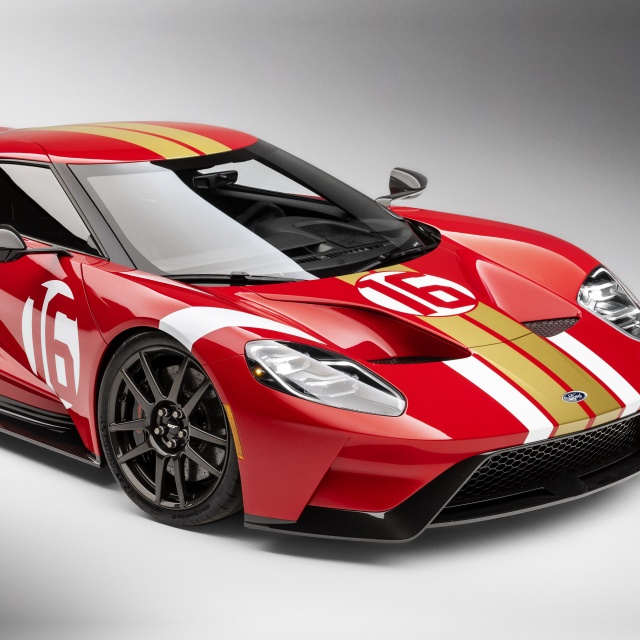 DEARBORN, Mich., Feb. 9, 2022 – As a tribute to Alan Mann Racing’s 1966 Ford GT lightweight experimental prototypes, Ford is introducing the Ford GT Alan Mann Heritage Edition. The limited-edition vehicle celebrates the role the prototypes played in the history of the development of the Ford GT.

“Whether it’s going like hell at the racetrack or out-innovating the competition, the Ford GT Alan Mann Heritage Edition honors the vehicles that helped lead Ford to its wins,” said Mike Severson, Ford GT program manager. “With its red and gold livery, this Ford GT is inspired by Alan Mann Racing’s contribution to our Le Mans-winning story.”

In 1965-66, Alan Mann Racing used lighter materials to create AM GT-1, along with a second car, based on the GT Mk I. While neither prototype won a major race, the use of lightweight materials was similar to what helped Ford win Le Mans with the GT Mk II in 1966.

This spirit continues in today’s Ford GT supercar, with its lightweight carbon fiber body cloaked as a GT Heritage Edition for 2022 in colors and stripes inspired by the AM GT-1.

In addition to wearing unique Alan Mann red exterior paint with gold graphics, this limited-edition GT includes a dual over-the-roof racing stripe, Frozen White signature accent stripes and roundels with No. 16 on the doors, hood and underside of the rear wing. 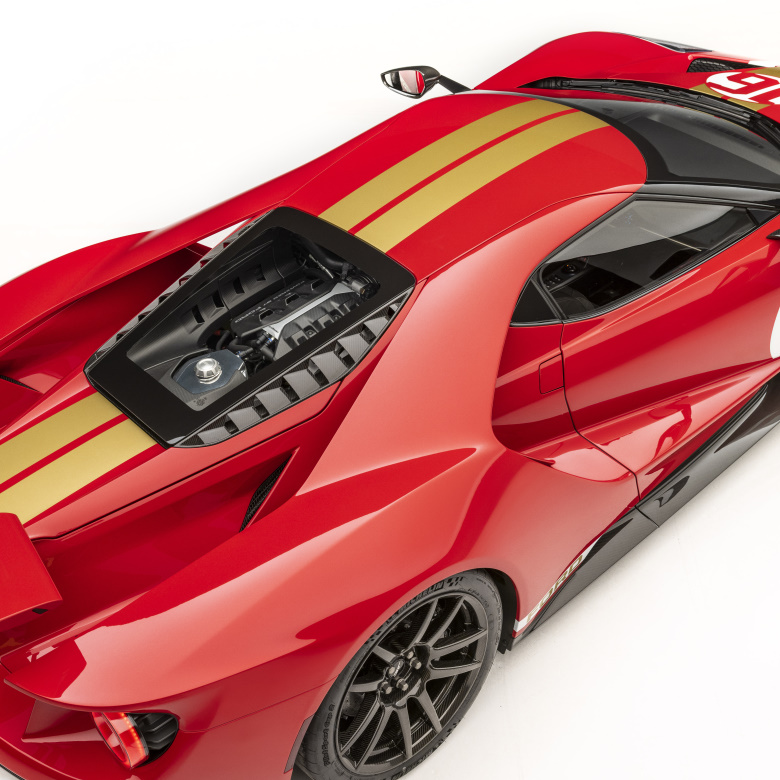 Wrapping up its final year of production, the 2022 Ford GT Alan Mann Heritage Edition pays tribute to Alan Mann Racing and the support the team provided from England in 1965. Lessons learned from Alan Mann Racing improved the capabilities of the Ford GT40 and led to its third- and fourth-fastest times in the 1966 Le Mans trials.

Ultimately, the Le Mans committee chose to run the heavier and more powerful 7.0-liter V8 race cars for the rest of the 1966 season, which culminated in a 1-2-3 podium sweep for Ford at Le Mans, ending the run of the English team’s lightweight version. 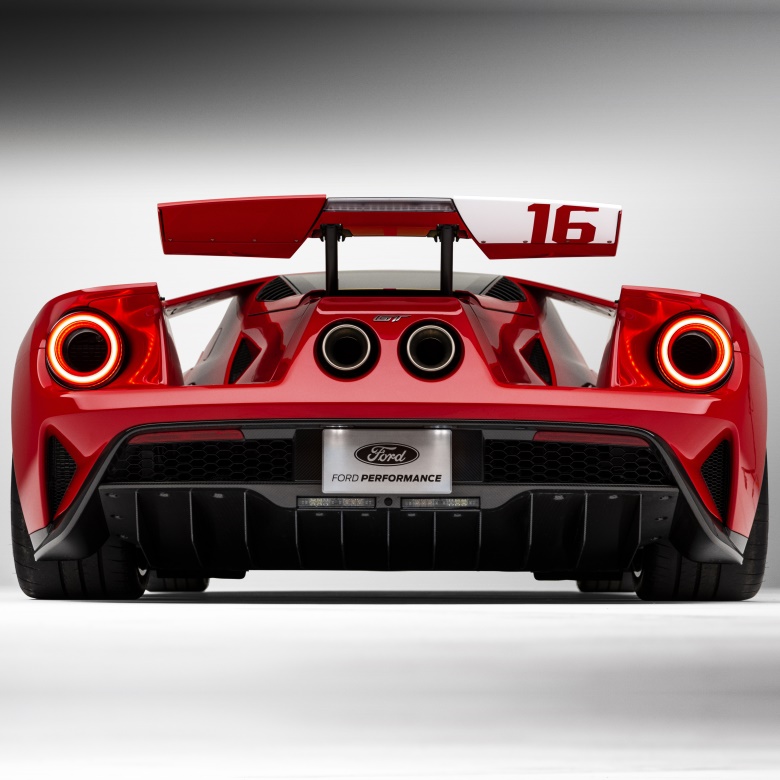 “It’s a great honor for Alan Mann Racing and the Mann family to celebrate the epic motorsports heritage of Ford GT with this fantastic limited-edition car,” said Henry Mann, director, Alan Mann Racing Ltd. “To see the red and gold colors of our team’s livery come back to life, and to debut this new GT alongside one of our original GT40s in Chicago, will be a magical occasion.”

The Ford GT Heritage Edition series celebrates the supercar’s landmark moments including, of course, its Le Mans-winning titles. The 2022 Ford GT Alan Mann Heritage Edition marks the seventh in the ultra-limited-production series. These include: